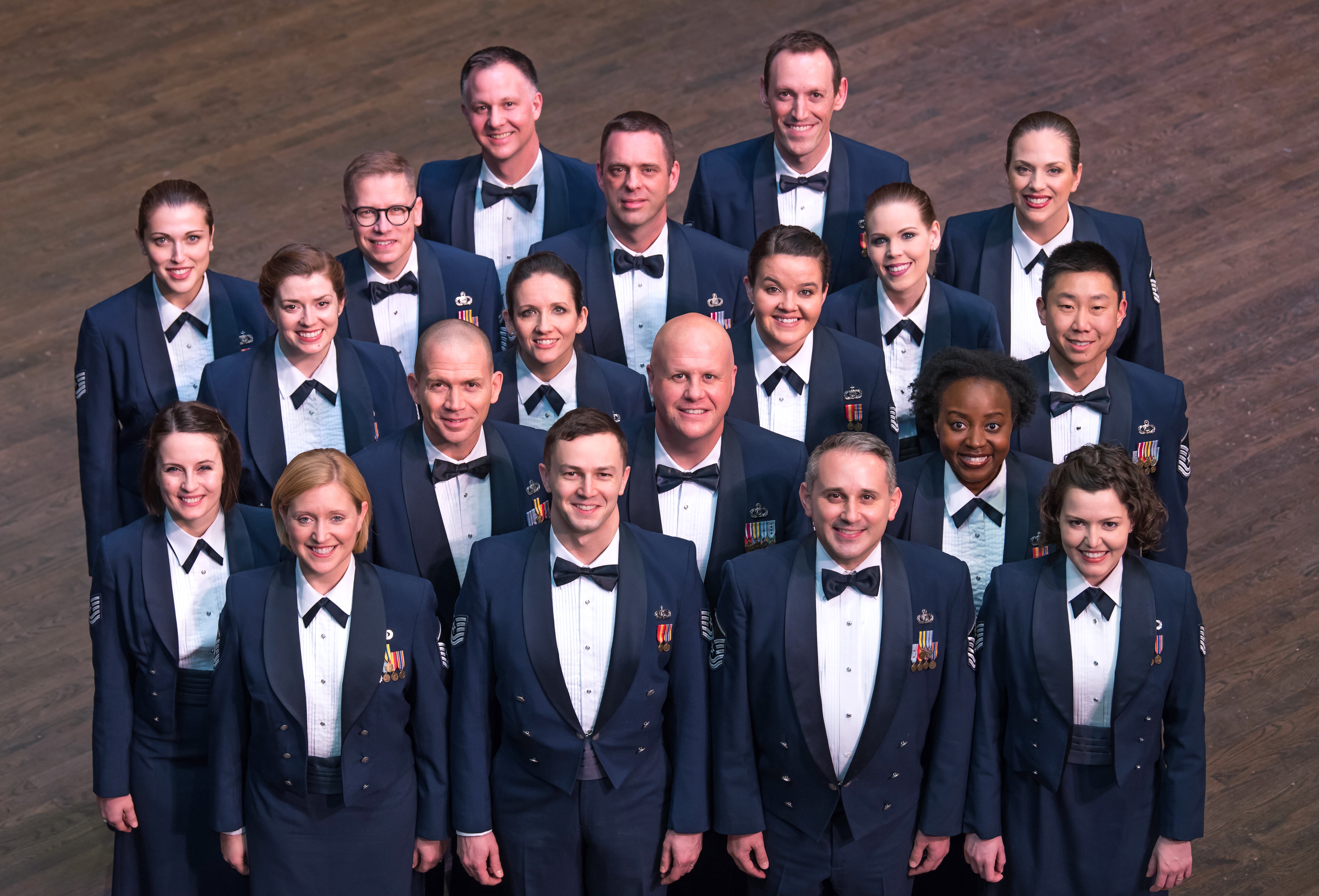 The Singing Sergeants is the official chorus of the United States Air Force. Stationed at Joint Base Anacostia-Bolling in Washington, D.C., it is one of six musical ensembles that form The U.S. Air Force Band. Featuring 24 active-duty musicians, the Singing Sergeants support military and civilian ceremonial and diplomatic functions, education outreach events, and concerts throughout metropolitan Washington, D.C., and the United States.

Formed initially as a men’s chorus in 1945 from the rank and file of The U.S. Army Air Forces Band, the Singing Sergeants became the first premier military chorus to enlist women in 1973, diversifying their mission and increasing their scope of musical versatility. Today, the group’s members often perform for the Department of Defense and other high-level military and civilian functions, using music to bridge language and cultural differences and helping advance positive diplomatic relations through song. The chorus is regularly featured at regional and national music education conferences, including the American Choral Directors Association, the Music Educators National Conference, and Chorus America. At varied venues, the Singing Sergeants reach a diverse audience with the beauty and power of music.

As part of The U.S. Air Force Band, the Singing Sergeants’ mission is to HONOR those who have served, INSPIRE American citizens to heightened patriotism and service, and CONNECT with the global community on behalf of the U.S. Air Force and the United States. The excellence demonstrated by the Singing Sergeants reflects the excellence displayed by all Airmen stationed worldwide, whose selfless service and sacrifices ensure the freedoms enjoyed by citizens of the United States of America.